One of the most important components of a gaming PC is the mainboard.

Components such as the processor, graphics card and RAM are located on the mainboard, making it the “motherboard”.

You should be careful when choosing the right gaming motherboard.

If you choose a good motherboard, you not only have advantages now, but also in a few years if you want to upgrade one or the other component.

In this article you will find an overview of the best gaming motherboards 2020. I have divided the motherboards according to the different socket types: LGA1151, LGA2011, AM3 + and FM2

AMD has found its way back into gaming. For many years, their processors enjoyed a niche existence compared to the Intel alternatives. The AM4 socket in connection with the new Ryzen architecture ended this era. These new processors are not only a real alternative to Intel, but also have clear advantages over the competition.

The processors should bring significant advantages, especially in future games. Performance in multi-core applications clearly stands out from Intel and the trend in the gaming industry is increasingly moving in this direction.

However, the price / performance ratio in the medium price range is particularly interesting for gamers. This is where AMD trumps for the first time since the Phenom II processors with comparable performance at a better price.

Three chipsets for desktop computers are provided for the processors: X370, B350 and A320. The latter is less designed for gamers. The X370 chipset is aimed at enthusiasts looking for maximum performance, while the B350 is intended for the broad mass of gamers. Both are suitable for overclocking the new processors.

The main difference for gamers: The X370 chipset supports both SLI and CrossFire. Buyers of a B350 motherboard only get the latter, they have to do without SLI and CrossFire is offered in a few models. 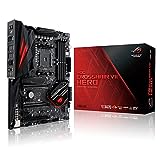 This mainboard is a special piece of hardware and is aimed at enthusiasts in the field of overclocking. It offers additional functions for this.

For example, a “Safe Boot” button for direct entry into the BIOS or a button for installing a BIOS update from the USB stick without RAM and CPU are included.

Not every gamer needs these functions. With a tight budget, the other two AM4 motherboards are a more suitable choice.

This motherboard features an attractive look and solid features. It is found in the medium price range and best suited for solid gaming computers for average needs.

This model is sufficient to fulfill every wish even when overclocking.

However, functions of the absolute upper class are not represented.

Players with a tight budget will find a bargain on this board. It offers everything you need for the average gamer.

Even first attempts at overclocking are possible here. However, it is not designed to stimulate the maximum power of a Ryzen processor.

If you don’t need advanced features and the simultaneous operation of several graphics cards, you can go for this.

The Intel LGA 1151 socket is currently the most popular for new gaming computers and even sufficient for high-end builds.

Because the base is so new, the prices are not yet on the level of the LGA 1150.

To keep everything as up-to-date as possible, I only listed 1151 motherboards in this post, because if you are already investing money in an Intel build, you should also take a motherboard with the latest architecture and socket .

The Asus Z170 Pro Gaming is currently a very popular gaming motherboard and not without reason.

The board is a solid piece of hardware that offers enough space around the CPU slot.

The Asus Z170 Pro is also a good choice for overclockers.

The Gigabyte GA-Z170-HD3 is one of the cheapest Z170 motherboards.

It should be mentioned that there are two versions: ATX and micro-ATX.

For most gamers, this mainboard is completely sufficient. 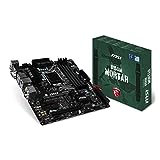 This board is one of the best micro ATX motherboards.

With a price of around € 90, it is also suitable for a budget gaming PC build.

This means that you cannot connect VR glasses. 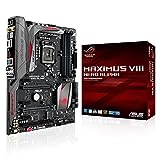 Do you want to build a high-end gaming PC and have enough budget?

Then the Asus ROG Maximus VIII Hero is a good choice with a lot of power.

However, the average gambler can do without one or the other feature of the board and save money when buying a cheaper motherboard.

Motherboards that use this socket are not cheap.

For a good Gaming PC build these are rather redundant, unless you really want a high-end machine with the absolutely best technology.

The Asrock X99 Extreme 4 is an absolute high-end motherboard and is still one of the cheapest with LGA 2011 sockets.

Up to eight DDR4 slots are available and so the PC can be upgraded to a total of 128GB RAM.

The board comes with extensive equipment and numerous overclocking functions.

Another solid X99 board is the Gigabyte GA-x99-SLI.

Unfortunately there are no on-board on / off and reset buttons on the board.

The AM3 + socket from AMD is already several years old, but it is still a good option for gamers who want to build a gaming PC at a budget price or for those who want to put together a high-end AMD system.

Although these boards are not quite as up-to-date as the Intel boards, they are always sufficient for gaming.

It should be noted that AMD still relies mainly on DDR3 RAM compared to Intel. 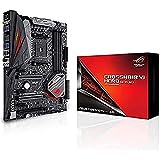 This is one of the best AM3 + motherboards on the market.

Thanks to the numerous overclocking functions and the solid construction, it is perfect for AMD enthusiasts.

The ASUS ROG Crosshair V Formula-Z comes in red / black as standard so that it fits your AMD build. 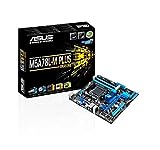 While it may not be the best gaming motherboard, it is one of the best value for money.

Another good AM3 + option is the Gigabyte 990FX.

The board comes with extra features such as USB 3.1 Type-C and an M.2 connector. 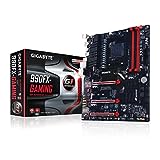 This mainboard is a solid alternative that offers everything that is also current in the Intel area: USB 3.1, M.2 connector and ACPI 5.0.

Since it is available from € 90, it is also suitable for a gaming PC build at a budget price.

In my opinion, FM2 + motherboards are not particularly suitable for building a good gaming PC.

However, the APUs, i.e. CPUs with an integrated graphics unit, are suitable for a mini PC because they offer a good price-performance ratio.

It is rather unsuitable for a good gaming PC build, but if you only want to put together a multimedia PC or mini gaming PC, you will be satisfied with it.

What do I have to consider when choosing a motherboard?

Graphics card (GPU): Current TOP gaming graphics cards need a PCI Express slot, which should be available on your mainboard.

Drives: You want to install a DVD drive? Or use SSD + HDD hard drive in combination? You should find out in advance which connection options are available.

Fans: Especially when gaming, it is important that the components of the gaming PC are properly cooled. In addition to fans for the graphics card and processor, you should install some case fans. If you connect the fans to the mainboard instead of the power supply, you have the advantage that they are adjustable. This means that if you are currently playing Battlefield 1 and the PC has to work properly, the temperature is determined by sensors and the fan speed is adjusted accordingly.

Housing: It is important that your housing fits the mainboard. If your case is in ATX format, your motherboard must also be in ATX format.

The Best Gaming Products to Improve your Gaming Performance
April 29, 2021